There is a huge demand for professionally-trained bartenders, beverage managers, casino dealers, and casino floor supervisors.

It's an excellent career choice. Even with the United States economy struggling, the hospitality sector is hot. According to staffing firm Manpower, employment in the food, beverage, hotel, and gaming industries is expected to rise 31 percent in major U.S. markets this year.

What used to be called "bartending" has been replaced by "mixology," as the craft cocktail craze accelerates. The demand for high-end cocktails shows no sign of slowing in major U.S. cities. TV shows like Spike’s Bar Rescue and The Food Network’s On the Rocks have introduced mixology and flair bartending to the mass market quite quickly. Even bars in rural areas are strating to get in on the action. 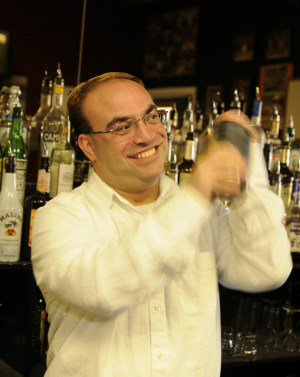 The gaming industry is stronger than ever before.

The demand for well-trained, personable casino dealers, whether they be on the craps table, blackjack table, poker table, bacarrat table, or the roulette wheel, is greater than ever before. Two decades ago, two states had legalized gambling and 48 states had outlawed it. Today, 48 states have some form of legal gambling. Only Hawaii and Utah do not. Gambling, in fact, generates more revenue than movies, spectator sports, theme parks, cruise ships and recorded music combined. More states are looking at legalizing casino gaming for commercial casinos and tribal casinos.

As a casino dealer or bartender, you have endless geographic options.

Since its founding in New Orleans in 1983, Crescent School has placed thousands of graduates in rewarding positions throughout the hospitality and casino games industries.

Will you be next?

Call the number below at the Crescent campus of your choice: